Each month, Phuket Has Been Good to Us invites you to learn more about how the organisation runs straight from the people who help run it: our volunteers! Obviously, we’ve been slacking a bit on updating this for the past few months, but that’s because we’ve been so busy with our work. The update from February 2013 is brought to you by João Gonçalves, the Communications Coordinator from August 2012 through February 2013:

Quite a few months have passed since we last wrote an update for this page and it is time to say another goodbye…wait, not goodbye, just a simple “see you later”! So, the Portuguese guy that had just arrived in the last post, João (and after all the experimentation with pronounceable nicknames, J-Wow was the victor), is getting ready to leave Phuket to go back to the very much colder shores of Portugal. That is true: the last bastion of testosterone and seriousness in the office will be gone soon (although, to be fair, his level of seriousness declined sharply after these 6 months). His time here has been marked, in his own words, by “the madness in the office and a love/hate relationship with the cat”.

Children are now having their end of term exams. Exciting!! Obviously, we can tell how the children are progressing throughout the year, but we have to admit we get a little anxious every time we see the culmination of months of work. We wish them all great success!

We are still doing Pub Quizzes! We can now safely say that there are a lot of inquisitive minds in Phuket. Hooray for them!

Among other fundraising efforts, we have recently had the Burns Supper at the Pullman Phuket Arcadia. This was a very big event, with almost 100 supporters attending. We had lots of amazing prizes and even Ronan Keating sent the guests a personal video thanking them for supporting our Foundation! We raised almost 500,000 Baht from that event; it was amazing!!

We are now working for our next big event, at Bliss Beach Club. This will be called “Mystic Mirage” and it will be Arabian themed. Intriguing? We think so! Come and check it out!

Since we last posted, we have tried to get the Coconut Club going as regularly as possible, but it proved hard with children having to prepare for Sports Day on and off! However, it is still going strong and we have been getting helpers steadily. More recently we got people to help our children with art and photography! How cool is that!?

Our children also had a lot of fun at a recent Jagota-organised event: Phuket Family & Gourmet Festival. There were LOTS of food, hand spin boats, euro bungee jumping and much more. They had a really great day!

Previous Story
A Month in the Life of a Charity Worker – September!
Next Story
March 2013: The New Kids on the Block 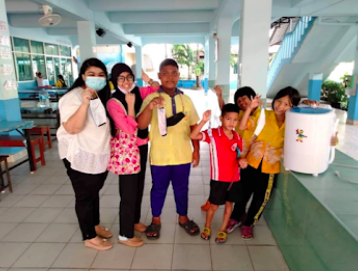 The experience that we have learned from working here.

By: Volunteers Khun Da and Khun Mint Have you ever... 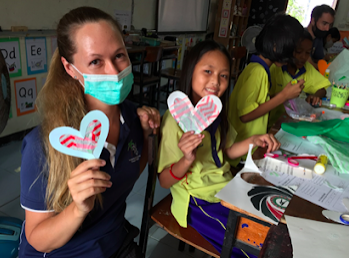 As a teacher, I believe students learn best when learning...

SearchPostsLogin
The experience that we have learned from working here.
Teacher Yulya’s reflections at the start of a new school year
2020, What A Year!
Sharing Stories From Our Community: Quarantine Diaries
Using Art to Fight Pollution: Students Tackle Environmental Issues with Teacher Yulya
Back To School: Teacher Hamant Returns to Phuket